Call it a “man purse,” “man bag,” even a “murse.” When a guy walks down the street strutting his stuff with all his belongings in a sleek sack rather than stuffed deep in his pockets, he’s upping his fashion game...or at least he’s trying.

Yes, the beloved backpack has been a style staple guy have been using since grade school, but the man purse takes things up a notch.

The Man Purse In Perspective

It seems like a relatively new-ish fad, but dudes have been digging them since the dawn of civilization, in a sense.

According to Your Purse Source, men in the Middle Ages toted around their manly must-haves in something of a multi-purpose man purse or messenger bag. “The man bags were known as girdle pouchesreplacing pockets, which had not been developed yet. They were used to carry herbs for spices to mask bodily odors and carry money.”

Nowadays, the only “herbs” a guy has in his man purse is weed. And body spray takes care of BO. The credit card and Venmo solved the money issue.

Fast forward to the Renaissance era, and satchels became a status symbol. Today’s man purse carriers may think they’ve started a trend, but “what’s old is new again,” just like most fashion fads.

First, let’s rule out the types who’ll never be caught dead with a man purse. Chad’s who’d rather load up their pockets ‘till they bust at the seams, and are even embarrassed when their girlfriend or wife asks them to hold her bag for a millisecond will not be featuring a man purse. Not now, not ever. The only sack he’s holding has potato chips inside.

Let’s along to the guys who are willing to reinvent themselves. Interestingly, according to GQ, it’s the Europeans who have brought the man purse into the mainstream of men’s fashion. “It's not the tiny macchiato sipping, pencil thin cigarette smoking types we're talking about. Rather, it's the young guns from UK's Grime Rap Scene who have been championing cross body bags.” If they can pull it off, why can’t the “average Joe” from “Anytown,” USA follow suit? Walking around with your iPad in hand isn’t exactly an anti-theft technique, even in its carrying case.

And it’s the cross body bags as well as shoulder bags that are the most popular among men. It’ll be a rare day you see a guy with one of those bejewelled Judith Lieber clutches shaped like a swan or an ice cream sundae tucked under his arm, not that there’d be anything wrong with that...depending who you ask. Some would argue it would be a more appealing accessory than a fanny pack.

Should You Get A Man Purse?

Are you in need of something convenient and cool to carry your stuff? Getting sick of looking like you’ve got a third ass cheek because your back pocket is filled to capacity? Do you constantly ask your girlfriend or wife to stick your cell phone in her bag because you have no way to carry it? Yah, she’s not thrilled about it either.

Don’t dwell on the “femininity” of the purse. We’re well past that. As Your Purse Source explains, “The man bags have a long history of masculinity.” Think Davy Crockett and Indiana Jones, as the site offers as prime examples. These dudes carried their tools with a hefty dose of testosterone.

Try one out. Go high end with leather bags from Louis Vuitton or Prada or find one on Amazon that fits your budget. Check out the bestsellers and what’s trending in men’s bags or unisex. If you don’t want to call it a man purse, how ‘bout a “bro bag?” 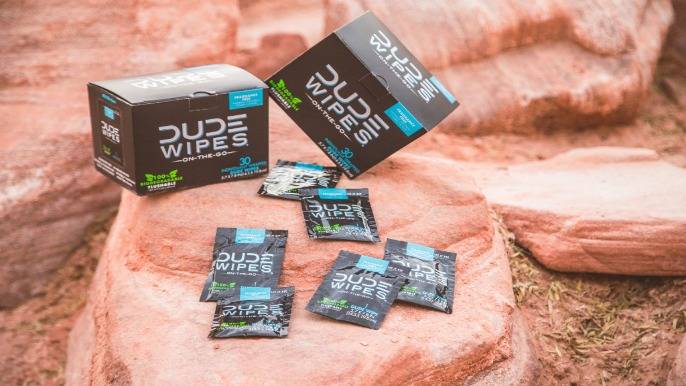