In 1934, a Wisconsin-based fashion designer named Arthur Kneibler received a piece of mail that would revolutionize the male undergarment industry. It was a postcard from a friend visiting the French Riviera which depicted a man wearing a short, snug, bikini-esque bathing suit.

That image gave Kneibler an idea for a new type of men’s underwear.

Just a decade earlier, boxers shorts took the market by storm. But their loose fit couldn’t compete with long johns. Thus, Kneibler created a prototype: a legless undergarment with a Y-shaped opening for easy access—what we now call “tighty whities.”

Early adopters noted that the new undies were nearly as supportive as a jockstrap, so Kneibler dubbed them “Jockey” shorts. Within 90 days, 30,000 pairs of Jockey shorts were sold across America.

Tighty whities had an unprecedented run, but as we look back nearly 90 years later, it’s apparent that they’ve lost their appeal—for now.

A Statistical Analysis of Underwear Preferences

In 2016, AskMen partnered with HuffPost todiscover what type of underwear guys prefer. Here’s the breakdown of responses:

It should be noted that guys aren’t always discriminatory when it comes to underwear. One respondent points out that different scenarios demand different underwear.

“It’s situational,” he says. “I don’t buy the same underwear forworking out as I do for lounging. And everyday wear is not conducive to rough and tough workouts.”

Nevertheless, it’s apparent that tighty whities are barely hanging onto their position in the market by a (white) thread.

The Pros of Tighty Whities

If tighty whities dominated the underwear market for four decades, they must have some redeeming qualities. If you’re anti-tighty-whitie, here are a few facts that might end the stigma:

Tighty whities aren’t the most stylish of skivvies, but if you’re living on a shoestring budget, they might be your saving grace. A nine-pack of tagless Hanes will only run you $15.99. They’re also not bad to have as backups in case of ashart attack.

Arthur Kneibler may have been onto something when he designed underwear that featured the support of long johns without all the excess fabric.

Dudes are no strangers tosweaty thighs in summertime, so tighty whities can be a decent option if you want to let your legs breathe while still keeping your balls cradled securely.

The Cons of Tighty Whities

Over the past decade, tighty whities have become one of the most stigmatized male clothing articles on the planet. This is partly due to subjective style preferences, but there are some practical and even medical reasons why tighty whities are no longer the go-to underwear.

If you’re stripping down in front of your significant other, they last thing they want is to be reminded of is the underwear their dad, or worse, their grandpa wears.

They Show Your Shit Stains

Tighty whities are, well,white. That means any foreign substance (i.e. yournasty shit stains) are going to stick out like a sore thumb. And we already know you don’t separate your light and dark laundry, so you can forget about keeping them as bright as they look in the advertisements.

They Lower Your Sperm Count

Remember that episode of Seinfeld where Kramer’s doctor tells him to switch to boxers to spare his sperm count? There’s some truth behind that.

A 2018 study (the largest of its kind)found that men who wear tight-fitting underwear (like tighty whities) have a 25% lower sperm count compared to men who wear boxers.

So you’ve weighed the pros and cons, but now for the most pivotal question: What do the ladies have to say about tighty whities?

What Do Women Think About Tighty Whities?

In 2016, GQ asked 200 women what type of men’s underwear they found the most attractive. As you can see in the graph below, tighty whities (which fall into the category of briefs) ranked dead last. 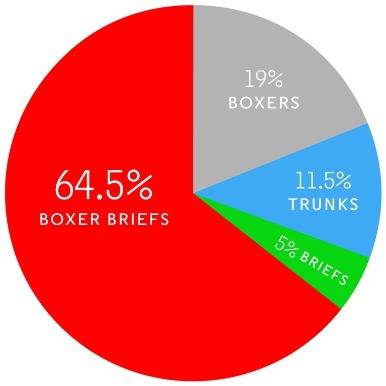 But don’t let some pesky survey stop you from girding your loins with a pair of crisp tighty whities. There are plenty of pop culture icons who have embraced the look.

For starters, there’s Walter White from Breaking Bad, whose tighty whitiessold for a whopping $9,900 in an auction for the show's props and items. Soccer star-turned-supermodel David Beckham is anoutspoken supporter of tighty whities. And who can forget Tom Cruise rocking a pair while grooving out to “Old Time Rock and Roll” in Risky Business?

Put it this way: If fanny packs, overalls, and dad shoes all made comebacks in the fashion world, tighty whities have a chance too. 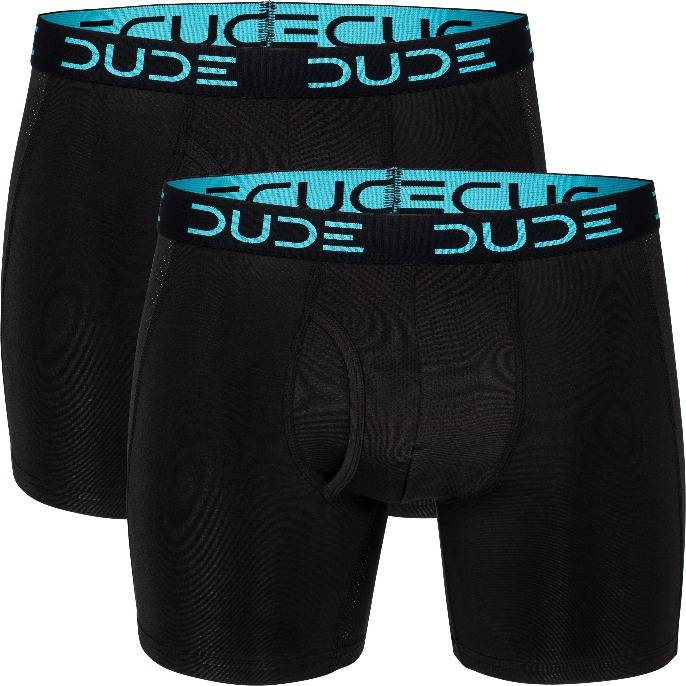