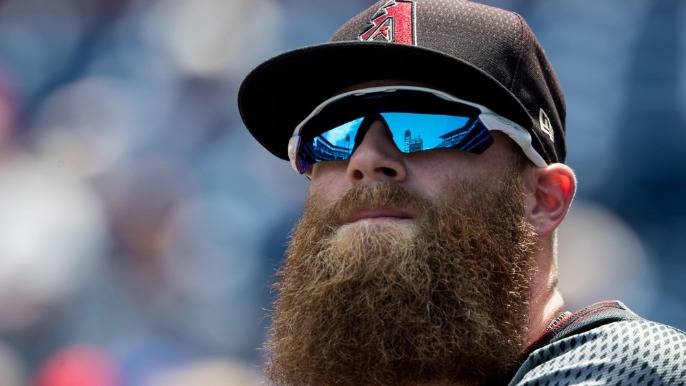 It was a quiet night at DUDE headquarters when our Deuce Signal went off — a report had surfaced that another wipeless DUDE had fallen victim to a public shart attack.

Archie Bradley, the dominant setup man for the Arizona Diamondbacks who is sporting a 2.03 ERA with 40 strikeouts in 44 ⅓ innings pitched, relayed a story on Yahoo Sports’ MLB Podcast that he had pooped himself while trying to take a “nervous pee” right before entering a game.

Archie tried to clean up his mess before the game, but didn’t get the job done. He said it was, “the most uncomfortable [he’s] ever been on the mound.”

He somehow pitched a clean inning and revealed his predicament to his teammates in the dugout, who didn’t believe him until they could confirm it with his bullpen mates.

Of course, after the podcast dropped, the story blew up in baseball circles.

There was even some investigative reporting done by Fangraphs’ Meg Rowley, with a thoroughness that hasn’t been seen since the Kennedy assassination. Meg was able to deduce from the details Bradley gave in the podcast that the offending poop had occurred during a May 5th game against the Astros.

Our social team immediately sprung into action and hooked Archie up with enough Dude Wipes to keep him pitching clean innings for the rest of the season.

Chris Cwik of Yahoo Sports picked up on our act of DUDEness, calling it the “best possible endorsement” after Archie’s poop mishap went viral.”

Now there’s a headline we can get BEHIND. #dudewipes @yahoosports

Not to be outdone, Darren Rovell, the ESPN business reporter and known DUDE Wipes user got in on the action.

Said he pooped in his pants at a game, @DUDEwipes steps in! https://t.co/80uwRxKdKv

Not even the best athletes in the world are immune from the occasional shart. Given the high pressure situations they find themselves in, it’s a wonder this doesn’t happen more often. If it can happen to Archie Bradley, it can happen to you.

Next time you have to make a call to the bullpen, make sure you are packing some DUDE Wipes to keep yourself fresh out there.

Sold out
Sold out