The Shower's Sordid History Has Been Freed From Indoor Plumbing 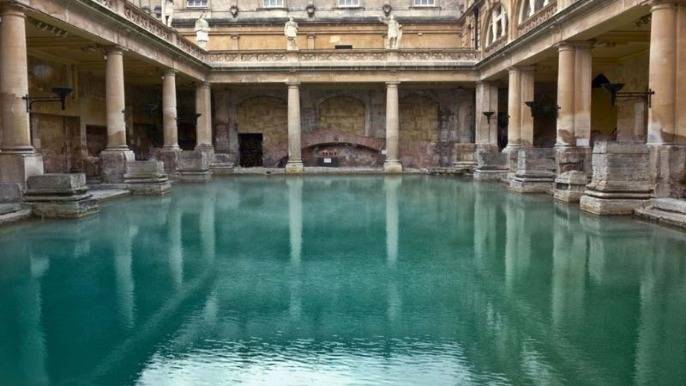 If you read up on the history of showering, you'll find it kind of sucked until pretty recently.

In ancient times, waterfalls were the main source of showers. Then Egyptians had the bright idea to have servants dump jugs of cold water over their heads — no more bathing in the Nile like a common peasant.

The Greeks and then the Romans upped the shower game big time.

The Greeks created showers with aqueducts that pumped water into communal shower rooms, basically lead pipes that sprayed water over your head. They also cut holes in walls so servants could pour water in them, a slight innovation on the Egyptian technique.

The Romans took things to a whole new level with their bathhouses, which were their version of today's spas.

The Middle Ages were terrible for everyone, so let's skip all that and fast forward to the early 19th century, when the English Regency Shower was invented, which was a hand-pumped cold shower made with metal pipes.

Indoor plumbing wasn't really a thing until 1850 in America, and only a quarter of American homes had running water at the tail end of the 19th century.

Showers as we know them today didn't become widespread until the 1930s and 1940s, and the amenities we've come to expect in bathrooms today were luxuries until the 1960s.

You might wonder what innovations have taken place since the 1960s, nearly 60 years ago. Other than better shower heads and water heaters, the answer is jack squat. That is, until now.

DUDE Products has created the next evolution in showering technology, displaying ingenuity ancient cultures would have fainted at the mere sight of.

The DUDE Shower gives you the freedom to take your shower with you, freeing you from immobile and cumbersome indoor plumbing.

In the old days, life was much slower. You could afford to wait for your servant to come over and dump some cold water on your head.

But today life comes at you fast. There's not always time for a good scrub.

Maybe the hot water cut out at your apartment.

Maybe woke up late for your flight and don't want to be the stink bomb on your plane.

Maybe you forgot about the drinks you set up with that dime from Tinder.

Maybe you’re hungover and woke up late for brunch.

In the horrible past, your best option was wetting some paper towels and wiping down your pits, or taking a bird bath in a public bathroom. We all know covering yourself in cologne or deodorant doesn't do the trick, it only makes you smell like the last cab you took.

But today, in the beautiful future, you can hit that snooze button and wake up too late to shower, and still roll up looking like a boss, feeling fresh in that morning meeting.

The truth is we shower too much as it is (we've explained why here).

There are things in life you simply can't plan for, or don't even want to. For those times, the DUDE Shower is there to keep you smelling clean and feel fresh — something your precious indoor plumbing could never do. 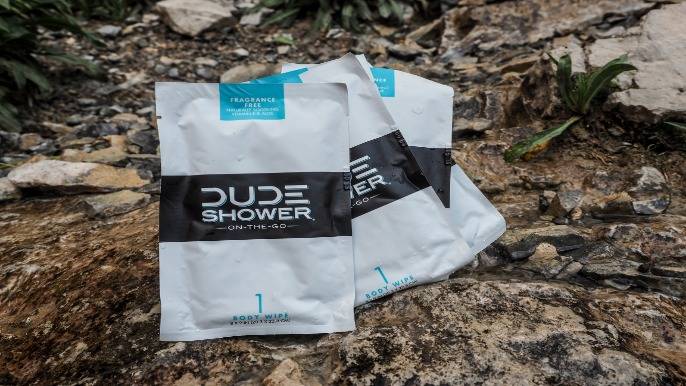